We are a Carbon Neutral Business

23 Aug We are a Carbon Neutral Business 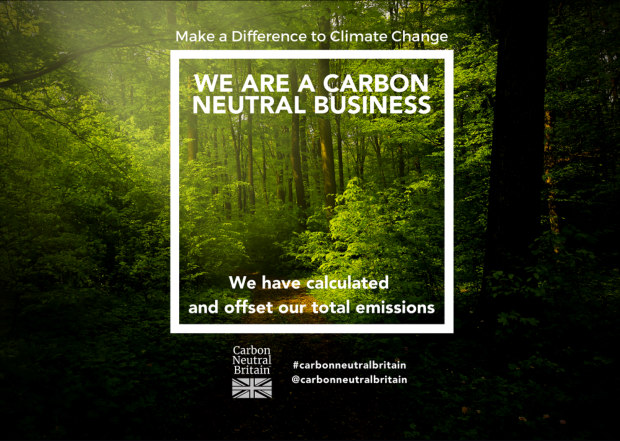 As a future-orientated business that thinks and acts sustainably, we’re not afraid to move first. We can’t officially state that we’re the first business of our kind within the UK to make this announcement, but we’re pretty sure we’re leading the way.

We are proud to announce that we have partnered with Carbon Neutral Britain to measure and offset our carbon footprint, to become Certified as a Carbon Neutral Business.

Our new carbon-neutral business status also comes with the privilege of supporting some extremely worthwhile projects and initiatives. We wanted to take a moment to share some of the great work that we are now supporting thanks to our partnership with Carbon Neutral Britain. 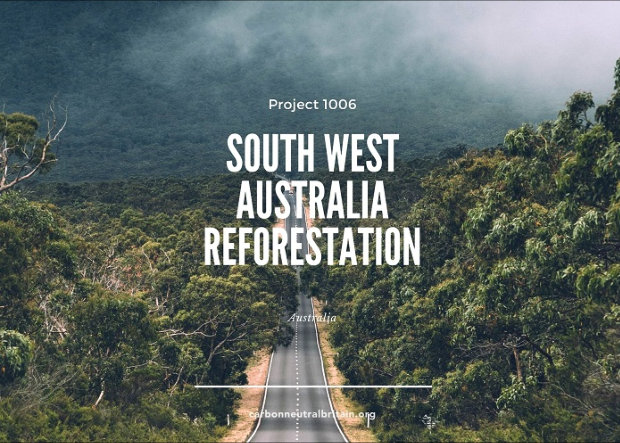 Conservation International, a world authority on biodiversity conservation, identified Southwest Australia as one of only 35 globally significant biodiversity hotspots. These are regions that have an exceptionally high number of plant and animal species found nowhere else in the world, account for 90% of all species on earth and cover only 2.3% of the earth’s surface. It is therefore imperative that these ‘megadiverse’ areas be protected to ensure their survival and restoration. The Yarra Yarra Biodiversity Corridor Gold Standard project is located in this global biodiversity hotspot.

It is a multi-species native reforestation project grown on degraded, semi-arid agricultural land that no longer supports viable farming practices. In a region where over 90% of the land has already been cleared, this project is helping to return the environment to its origins, planting more than 60 native tree and shrub species that are matched to the environment.

This project aims to recreate a healthy, functioning landscape, restored after decades of habitat loss and degradation.

It is a legacy landscape – one in which the project’s actions now will ensure this landscape will be restored as close as possible to its once thriving condition.

This reforestation project is encouraging native animals and plants that have vanished or been pushed to the brink of extinction in the region to return and breed, such as Malleefowl, Bush Stone-curlew, Carnaby’s Cockatoo, Western Spiny-tailed Skink and the Woylie (Brush-tailed Bettong), as well as over 30 species of conservation-significant native plants. 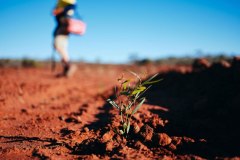 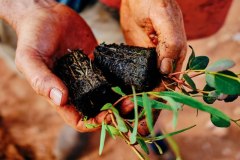 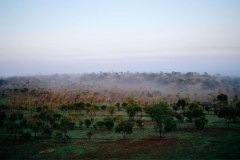 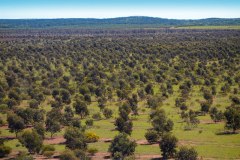 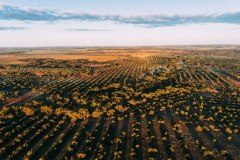 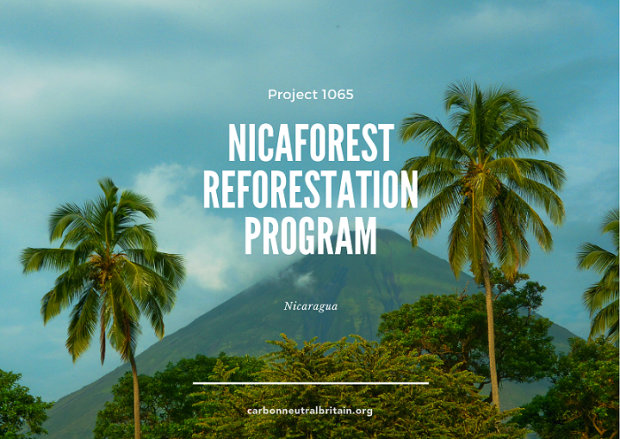 The Nicaforest Program has 490 hectares of land under management and aims to contribute to the creation of a sustainable value chain by working closely with local landowners in a Shared Benefit Scheme. The program plants teak and other valuable species for future timber production and added-value wood production as well as other measures aimed at increasing resilience in the local municipalities.

The project protects the remaining patches of native vegetation and creates additional conservation areas on the banks of rivers and other watersheds. The forests offer a natural habitat for native animals and plants, protect and enrich the soil, save and filter water and contribute to the mitigation of the greenhouse effect.

Since we are planting on deforested land only, approximately 25-30% of the farms are conservation areas where natural forests are left protected. Enhancing native biodiversity and wildlife.

In most farms there are rivers and creeks. Rivers and creeks are very important for preserving biodiversity and soil. To protect the natural growth close to waterways and avoid any negative effects from the planting activities, harvesting is not permitted within 100 meters of the river and creek.

By establishing teak plantations on deforested areas, the project has provided more than 200 jobs during the planting periods and approximately 30 permanent jobs to maintain forest management to the highest standards. Employment comes with salary contracts, social security and equal pay for men and women.

By signing a Shared Benefit Agreement with Nicaforest, the farmers are able to enter the international timber and carbon market, something that would not have been possible without this program. This represents an additional long-term source of income, enabling farmers to benefit from a diversified strategy.

Transfer of technology and know-how

Training and education of staff is an important part of operations. Forestry techniques and issues related to health and safety are an important part of this training. Furthermore, students from universities of natural sciences participate in programs enabling them to complete their education through field studies.

To utilize available land the program developed a system for landless people to grow food crops (i.e., beans) in between the tree rows. In total more than 70 ton where harvested in this Pilot Program.

The diversification of income sources for the farmers as they benefit from the timber and carbon market together with the increase in employment opportunities, increases community resilience locally and regionally. 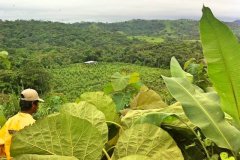 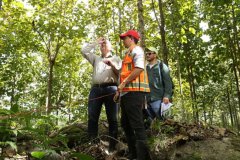 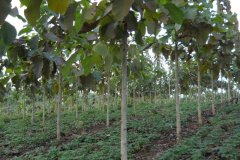 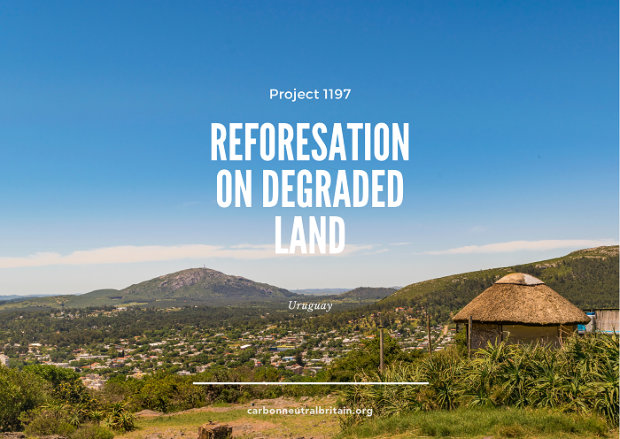 Located in the heart of Uruguay, this project turns 21,298 hectares of land that have been used for beef cattle grazing for over 300 years, to sustainably managed forests. About 80% of Uruguayan territory is used for cattle ranching on natural and artificial savanna, and over-grazing with unequal distribution of cattle has degraded the natural vegetation.

This project will convert this land to forest plantations, for obtaining high-value, long-lived timber products and for sequestering large amounts of carbon dioxide.

Planted forests will remove carbon dioxide from the atmosphere and store it in different carbon pools (living above-ground and below-ground biomass, soil organic carbon, litter and dead wood). Over the 60-year initial lifespan of the project, this project will sequester 7,644,973 tonnes of CO2 from the atmosphere.

Trees planted include Eucalyptus grandis, Eucalyptus dunnii and Pinus taeda with thinning of stock occurring every 16-22 years in line with the FSC® standard for responsible forest (not included within the Carbon Offsetting verified figures).

The creation of employment is one of the main social benefits of the project. Typically, a traditional extensive livestock production system employs 1.4-4.4 persons every 1,000 ha. This project is expected to increase that figure by more than 8-10 times. Beyond an increased number of direct and indirect jobs, the project is expected to contribute to the development of the region and the country pursuant the priorities defined by the Uruguayan government (promotion of small family businesses, increase in exports, eradication of rural poverty, incorporation of technology, increased nationally added value, development of new productive chains and geographic decentralization of development).

About 8.6% of Uruguay is forested. According to the World Conservation Monitoring Center, Uruguay has 659 known species of amphibians, birds, mammals and reptiles, 2.3% of which are endemic and 5.6% threatened. To achieve its climate goals and preserve its valuable habitats, Uruguay must take measures to preserve and grow the country’s forests. It has to keep the balance between the demand of the industry for wood and the climate and environmental protection. Projects like this can help Uruguay successfully master this challenge. 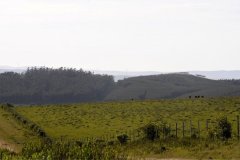 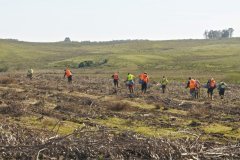 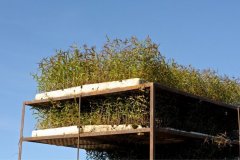 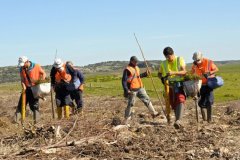 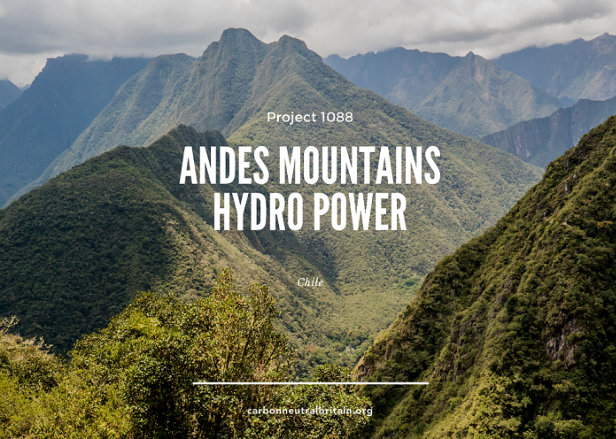 Located in the Tinguiririca River upper valley, this Hydroelectric project is around 120km south of Santiago, Chile.

Known as La Confluencia, the 163 MW run of river hydropower plant utilizes the hydrological resources of the Tinguiririca, Portillo and Azufre Rivers, in a run of river scheme to generate and supply zero-emission energy to the Chilean central electricity grid (SIC).

The primary objective of the proposed project is to help meet Chile’s rising demand for energy due to its economic growth and to improve the supply of electricity while contributing to the environmental, social (job creation in the construction phase, and infrastructure enhancements in surrounding municipalities) and economic sustainability by increasing renewable energy’s share on the Chilean electricity consumption. The Project activity improves the supply of electricity with clean, renewable hydroelectric power while contributing to the regional/local economic development.

Through the “Tinguiririca Participa” grant program, the project directly finances proposals presented by community organisation, in areas such as healthcare, education, and social change. In the first year of the program, the joint venture financed 11 projects, while today the number of projects surpasses 200. All of these initiatives are aimed at meeting community needs. 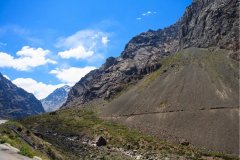 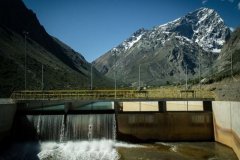 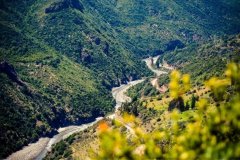 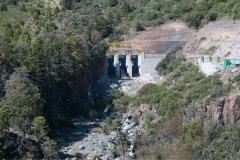 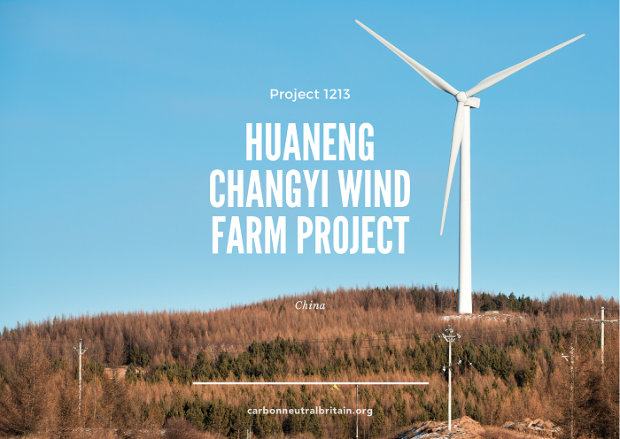 The purpose of the Huaneng Changyi Phase II Wind Farm Project is the generation of electricity from wind and the supply of this electricity to the North China Power Grid (NCPG, or the Grid).

The Project Activity has installed and is operating 33 wind turbines with a capacity of 1500 kW each. Therefore, the project scenario is the installation of 49.5 MW of renewable energy power generation capacity, and the net supply to the Grid of 106,523 MWh per year of electricity generated from renewable energy once fully operational.

As the Grid is dominated by fossil fuel-fired power generation, and so the establishment of the Project Activity is leading to greenhouse gas (GHG) emission reductions, with an average 91,886 tonnes of CO2 equivalent (tCO2e) per year offset. 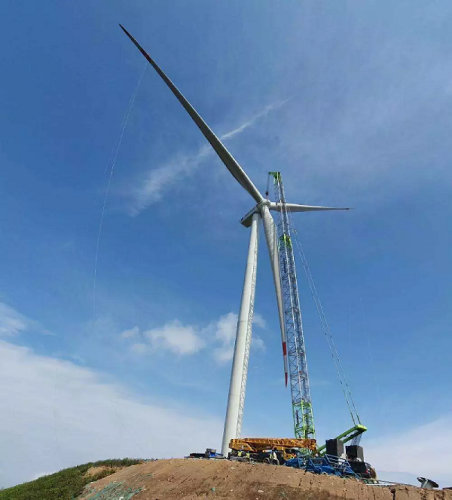 The project produces clean energy and displaces generation from other sources that contribute pollutants and greenhouse gas emissions to the environment.

As one of the few renewable sources within the region, it is hoped the project will stimulate and accelerate the commercialisation of grid-connected wind power technologies and markets.

During construction, the project generated a significant number of jobs, and today employs around 300 staff in the ongoing management and maintenance of the wind farm and energy sites.